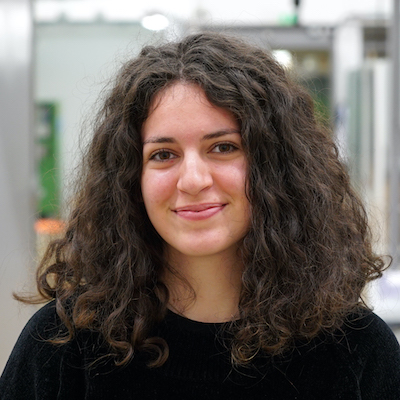 To the Zoom meeting
Category
Disputation

It is possible to follow the licentiate seminar via Zoom.

Pushed by the societal awareness of plastic pollution, attempts are being made to find sustainable materials that can minimize the environmental impact of plastics. In this context, biocomposites based on biodegradable polymers and renewable lignocellulose are of interest. Nanosized cellulose has the potential to enhance the physical properties of biopolymers, but due to chemical differences between these components, compatibilization methods should be implemented to achieve the desired improvements. For this purpose, reactive melt processing (REx) can be employed as green, one-step cost-effective method for the simultaneous compatibilization and manufacture of biocomposites.

Two REx routes for the tailoring of biodegradable poly(ε-caprolactone) (PCL) are here reported, where the interface with cellulose nanocrystals (CNC) is designed and controlled. The first route involves radical crosslinking simultaneously with CNC wet-feeding, with the aim of improving the rheological properties of the biocomposites and promoting CNC dispersion. The second route uses PCL aminolysis to produce shorter and more hydrophilic PCL chains that can migrate to the interface with CNC and form an interphase region.
To verify the process feasibility and tune the processing conditions, biocomposites were reacted in a batch mixer. The materials produced were compared to the unreacted references and structural, thermomechanical and rheological properties were assessed. PCL structure achieved showed the feasibility of both water-assisted crosslinking and aminolysis during REx. Dynamic rheology and creep tests proved that crosslinking was successful for enhancing the rheological properties of biocomposites. Biocomposites produced with aminolysed PCL showed a greater thermal stability and higher stiffness than the unreacted references.

The water-assisted crosslinking strategy appears to be the most promising for the large-scale manufacture of biocomposites via REx. It also provides materials which shrink when heated, from which shape-memory features could be developed, thus expanding the applications of sustainable biocomposites manufactured by green methods.