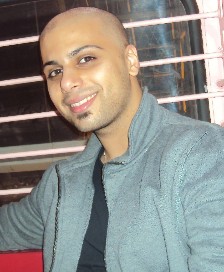 In the production of pulp and paper, water-soluble components, such as hemicellulose, monosaccharides, and lignin, are released and accumulate in the process water. The process water is usually concentrated and incinerated for heat generation and the recovery of pulping chemicals, such as in the Kraft and sulfite processes. The growing trend toward a more sustainable forest industry has increased the interest in the biorefinery concept. The utilization of wasted wood components, such as hemicelluloses and lignin, as raw materials for the development of specialty chemicals and biofuels is essential for continued growth of the forest industry.

The aim of the work that is described in this thesis was to separate and purify hemicellulose (galactoglucomannan (GGM)) from softwood-based spent sulfite liquor (SSL). To this end, various separation techniques were investigated, of which membrane filtration, antisolvent precipitation, and adsorption were primarily used. The SSL in these studies was diluted and therefore needed to be concentrated before any further treatment. The concentration was performed using ultrafiltration (UF), and the purity was increased using diafiltration (DF). In the first UF study, 3 hydrophobic polysulfone (PS) membranes were used to achieve this goal. The 50-kDa UF membrane performed best in terms of low fouling, high flux, and retention of the products. Although the membrane fouling was among the lowest for the 50-kDa UF membrane, the fouling remained high. To reduce the fouling, two prefiltration methods were investigated—microfiltration (MF) and dead-end filtration (DEF)—of which DEF was the most appropriate method, given the low loss of products, which was negligible. DEF required the use of diatomaceous earth as a filter aid, which could have a negative influence on the pulp-mill, in case of membrane failure. For this reason, the membrane material was changed from PS to regenerated cellulose (RC), which is hydrophilic, at the UF stage. The results showed that the RC membranes were far superior to the PS membranes, with higher fluxes and less fouling. Also, the retention of lignin was lower using the RC membranes, which led to higher separation between the GGM and lignin. The best-performing RC membrane (RC70PP) was incorporated into on-site pilot equipment, in which the operating conditions from the lab-scale equipment were scaled up. The pilot had worse performance than the lab-scale setup, perhaps due to the higher Reynolds number and shear rates in the latter, as revealed by computational fluid dynamics. The pilot studies also showed that a 1-hour alkaline cleaning step was sufficient to remove foulants and maintain a stable flux. The separation of GGM and lignin using membrane filtration was not possible, likely due to the narrow difference in molecular weights between them and the formation of a gel layer or cake on the membrane surface that made the separation difficult. The separation was instead achieved with antisolvent precipitation and adsorption. For the antisolvent precipitation, this step was performed after the UF step to reduce the required amount of antisolvents, whereas for the adsorption, it was included as a pretreatment step prior to the UF to determine the influence of the lignin content on the UF step. Separation was possible using both methods, with antisolvent precipitation giving a separation degree of 76% using acetone as the antisolvent, versus 60% for adsorption, which corresponded to an 85% removal rate of the lignin. Finally, a techno-economic evaluation was conducted on various predetermined process configurations, showing that the combination of UF and adsorption (as the post-treatment step) was the most cost-efficient process that also fulfilled the design criteria.