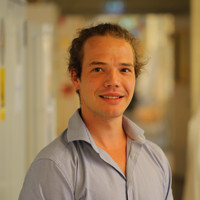 To the KTH calendar
Category
Defense of doctoral thesis

Defence of doctoral thesis: Arne Stamm – Exploring the Use of Terpenes as Renewable Polymer Feedstock

Rising environmental awareness and responsibility has increased the demand for novel,  bio-based  sustainable  materials.  Therefore,  there  is  an  extensive  need  to research  and  develop  closed-loop  materials  from  novel  feedstocks  that  can  be generated  using  benign,  environmentally  friendly  synthetic  routes.  The  work presented in this thesis was focused on the development of polymeric materials from  biomass  waste-feedstocks.  Especially  the  use  of  turpentine,  a  classical underutilized side-stream of the forest industry, and its main component α-pinene was the key objective of this work. To showcase the inherent potential of terpenes as a source material for novel biopolymers, α-pinene was transformed into different monomers and subsequently polymerized.  The  synthesis  and  polymerization  of  the  pinene  derived  sobreryl  methacrylate (SobMA) was studied using different radical polymerization techniques, including free radical polymerizations and controlled procedures. Post-modifications were further demonstrated by synthesizing crosslinked thin films, utilizing the tertiary alcohol and the unsaturation present in each monomer unit. The same methacrylic monomer  was  further  utilized  for  the  polymerization  of  amphiphilic  block copolymers to form cationic polymer latexes.  Pinene derived polyesters were further developed via two different pathways. In the first  pathway,  α-pinene  was  oxidized  into  the  bicyclic  verbanone  based  lactone (VaL)  and  subsequently  polymerized  resulting  in  a  biobased  semicrystalline polyester.  In  the  second  pathway,  polyesters  were  synthesized  via polycondensation,  utilizing  the  diol  (1-(1′-hydroxyethyl)-3-(2′-hydroxyethyl)-2,2-dimethylcyclobutane (HHDC)) obtained from the oxidative cleavage of the double bond  of  α-pinene  together  with  unsaturated  biobased  diacids.  The  resulting terpene based unsaturated polyester resins were  afterwards crosslinked via UV-irradiation to yield polyester networks with adjustable properties.  The use of enzymatic catalysis in key synthetic steps was elaborated to showcase the potential of replacing harsh chemical conditions with mild reaction conditions in aqueous environment.