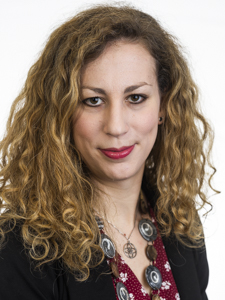 The defense will be held online via Zoom. Join by clicking the button below or by pasting the adress into your browser: https://stockholmuniversity.zoom.us/j/69050945529

We have developed a customized measurement cell for hygroscopic materials in which the humidity and temperature are carefully controlled while the thermal conductivity is measured. Anisotropic cellulose nanofibrils (CNF) foams with varying diameters showed a super-insulating behavior perpendicular (radial) to the nanofibril direction, that depended non-linearly on the relative humidity (RH) and foam density. Molecular simulations revealed that the very low thermal conductivity is related to phonon scattering due to the increase of the inter-fibrillar gap with increasing RH that resulted in a 6-fold decrease of the thermal boundary conductance. The moisture-induced swelling exceeds the thermal conductivity increase due to water uptake at low and intermediate RH and resulted in a minimum thermal conductivity of 14 mW m-1 K-1 at 35% RH and 295 K for the foams based on the thinnest CNF.

The moisture uptake of foams based on CNMs with different degree of crystallinity and surface modifications decreased significantly with increasing crystallinity and temperature. Molecular simulations showed that the narrow pore size distribution of the amorphous cellulose film, and the relatively low water adsorption in the hydration cell around the oxygen of the carboxyl group play an important role for the moisture uptake of amorphous and crystalline CNM-based materials.

Isotropic CNF- and polyoxamer based foams as well as CNF-AL-MIL-53 (an aluminum‑based metal-organic framework) foams were both moderately insulating (>40 mW m-1 K-1) and comparable with commercial expanded polystyrene. The thermal conductivity of CNF and polyoxamer foams displayed a very strong RH dependency that was modelled with a modified Künzel’s model. The presence of hydrophobic AL-MIL-53 decreased the moisture uptake of CNF-AL-MIL-53 aerogels by 42% compared to CNF-polyoxamer foams.

Solid and gas conduction are the main heat transfer mechanisms in hygroscopic nanofibrillar foams and aerogels that depend on the interfacial phonon scattering, Knudsen effect and water uptake. It is essential that the thermal conductivity measurements of hygroscopic CNM-based foams and aerogels are determined at controlled RH and that parameters such as the temperature, density, nanoporosity, fibril dimensions and alignment are characterized and controlled for systematic development and upscaling of biobased foams for applications in building insulation and packaging.