Back to all abstracts >>

Melt processing of cellulosic fibres with only water as plasticiser 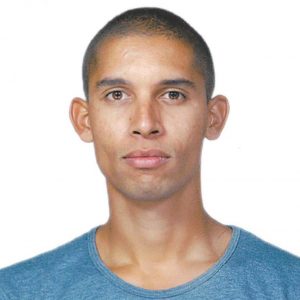 Upon heating, native cellulose fibres degrade before softening or melting. This is a well-known limitation to the development of cellulosic thermoplastics as a sustainable alternative to fossil fuel-derived polymers.

Here, conventional cellulose pulp fibres (beaten kraft) were partially chemically modified to impart exceptional ductility (strain-at-break of approximately 30%) and thermoplastic characteristics, while preserving their morphology as fibres. Melt processing of these modified fibres is demonstrated, by twin-screw extrusion, using only water as plasticiser. Fibres at 47% degree of modification were melt processed at a controlled moisture content of either 25 or 63 wt% and at a processing temperature of either 70 or 100 °C. Extruded materials were characterised by SEM, XRD analysis, thermal analysis and tensile testing. Although shearing, during twin-screw extrusion, damages the fibres, resulting in moderate losses in tensile strength and elasticity, the exceptional ductility of the material is preserved and may even be enhanced by the processing.

Back to all abstracts >>

Back to the conference page >>